Morning All - just a really quick wee update while I try to get my morning coffee into me and vanquish morning stiffness.
Recently finished up a vignette I had been working on for one of the 'Gaunt's Ghosts' OOP figures. A most excellent and really generous painter over on DakkaDakka sent me 5 of the old metal character figures from the range and I figured they each deserved their own little vignette of a scene they played a role in from the books. Previously I did the Aexe Cardinal farmhouse scene (which you can see here - http://warpbound.blogspot.kr/2016/03/commissions-done-back-to-mech.html ) which turned out rather well. So it was time to do another. First up - my favourite of Ghosts - Mad Hlaine Larkin.
In the books, Larkin is one of the saddest of characters. Originally a poacher back on Tanith, he suffers from a few mental disorders and is the 1st's Master Sniper. I'm not going to go into him too much here as you can read all about him in the books, which you should have already done. If you haven't read the GG books yet, then go and get stuck in for feth's sake!
Anyways - there is a short story featuring Larkin called 'The Angel of Bucephalon' where Mad Larks imagines (or does he??) that he is visited by an angel while he is getting ready to assassinate an enemy Chaos Magister, Nokad the Blighted. It's an awesome wee story and shows us a very intimate and sad portrait of Larkin. This was the scene I decided to do for his figure's vignette.

In the story, it's a statue of an angel that comes to life and starts talking to Larks. I didn't have an angel/statue figures to hand and I didn't really want another figure beside Larkin in the vignette as I wanted the scene to also portray the isolation that Larkin suffers due to his condition. So rather than showing the angel as a statue, I decided to try and make a broken stained glass window with the remnants of an angel in it. This was something of a challenge!! And the results......well.......judge for yourselves!!
I give you 'Hlaine 'Mad' Larkin & 'The Angel Of Bucephalon' ' 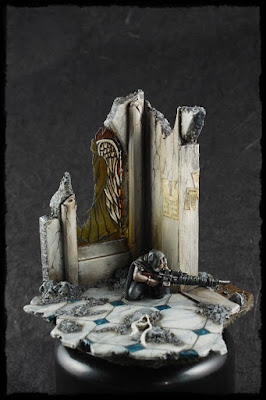 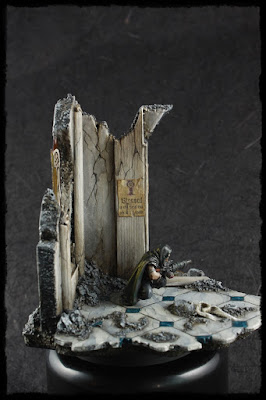 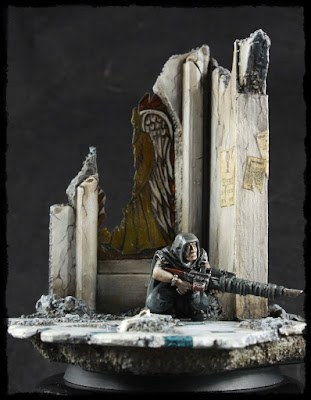 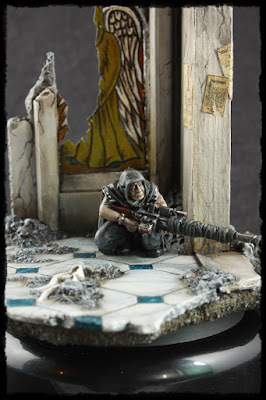 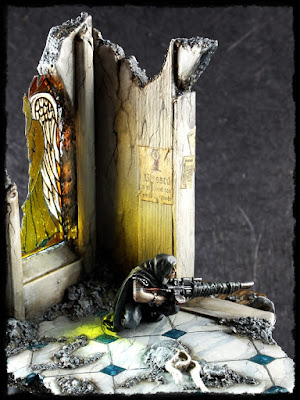 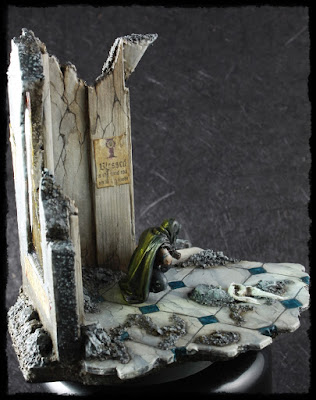 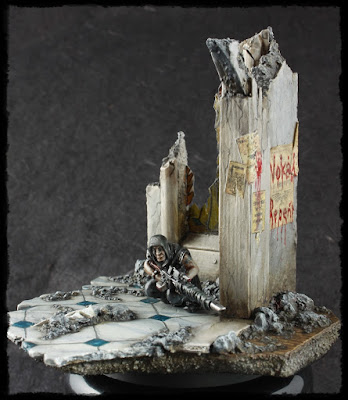 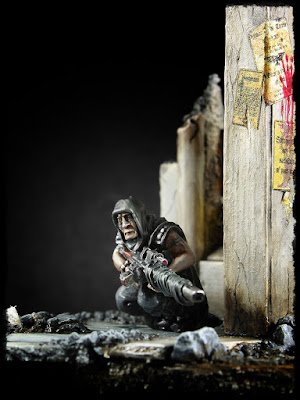 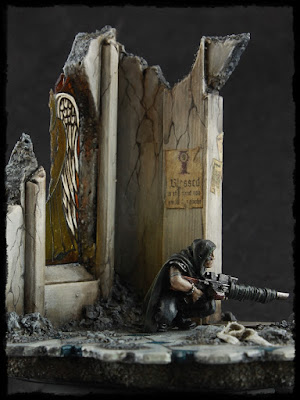 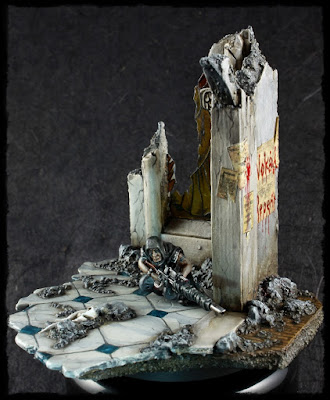 And there we have it - hope you like him and cheers for stopping by. C&C welcome as always

Cheers folks and catch you for the next one :)